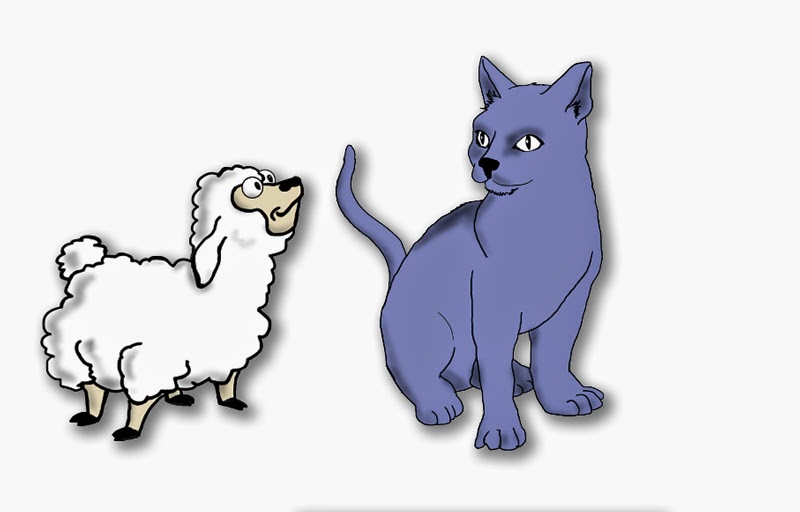 I volunteered to do a couple quick illustrations for a local skeptic group run out of the Cracked Science web site. (The project is called "Moutons no more")I recently went to a very nicely done lecture by Jonathan Jarry and replied to his request for some design help. I am not really an illustrator, but nice to be able to help out.
Posted by Behemoth media at 06:58 No comments:

Bad advice: Jack of all trades

As design work and other creative fields become less and less lucrative and jobs less and less available due to various causes (over abundance of graduates, do it yourself design for websites and many print projects), advice for how to deal with it is rampart. « Be a jack of all trades » is one of the most heard old chestnuts…  but is it good advice?

Full disclosure, I do qualify as a jack of all trades to many people even though I specialize in only a couple of things. I can edit video, take and manipulate photos, do some web design, make illustrations, do high end after effects work and even some 3D animation. I’ve learned to do these things of a long period of time and most of them I learned as they emerged and caught my eye. They are all visual as well and so have that one thread in common. I will maintain that knowing a little bit about anything that touches your work is a good thing. A graphic designer’s basic job is to take elements, usually already created, and arrange them and text into something understandable to the viewer. Knowing what can and can’t be done with html (or whatever code) how to extract elements from a photo etc aid in making outstanding designs.

Where this all falls down is that knowing a lot of things of course doesn’t make you good in all or any of them and more to the point - doesn’t get you work. Getting a good reputation with a couple of things with a large number of clients that will « call you first » (or a least second) when something comes up is how you stay alive. Too many HR departments and job descriptions for deign work are an alphabet soup of programming language requirements whether the potential client knows what they all mean or not (usually not). If designer was replaced with driver, that is like requiring a driver to also be able to build a car from scratch before getting a job delivering flowers. Sure a very few, might be able to do both but they are completely different skill sets.

Learning new things always a good idea, but requiring unrelated skills under the designer label is just not helping anyone. The advice to struggling creatives is too often learn programming, learn 3D modelling for games, and so on. All great things but also not easy to learn and do not use the same talents. Better to just say « give up and change your career completely » because that is what you are really doing and honesty, might be better advice.

Remember, those new fields are also very competitive and already filled with people who have the same client reputations and networks you had when design work was the rage. The idea that you can learn html and have the world at your feet is an old way of thinking that has long, long past. It’s bad advice to tell someone to learn something new just because they both involve computers (what doesn’t involve computers these days?). Courses and software to learn these things are not cheap and can take years. Not everyone can just not work for a few years and hold on to their home, family and the rest.

So before you take the advice to learn some random new field, step back and ask yourself if it’s really going to get you somewhere. Many of those design jobs also require things like knowing microsoft office and answering the phones. In other words, they want a secretary who they can pawn off design work for free. Desperate times call fro desperate measure to be sure, but don’t kid yourself that knowing more will always get you more in today’s market.
Posted by Behemoth media at 06:58 4 comments: