Posted by Behemoth media at 05:23 No comments:

Most  people who know me, know I am an avid cyclist. Usually I just do long distances alone, but sometimes I do long distances alone with a big group. I don't have any cycling friends in Montréal for some reason but I had quite a few in Boston. In any case, this year the tour actually was doing the perimeter of the island completely.. not just half of it as it does normally. As it was something I wanted to do for 10 years but could never figure out a good route I decided to do it. 25000 regular riders and 3 000 of us doing the 130km version. I have a feeling not the entire 3 000 did the 130km, there was a 100km turn off option and I seemed to run into a ton of them at the point we reconnected again while I only saw maybe 3-10 people at time on the uncut route. In the end it was 138 km, and I spent the last 30 minutes of so not going into the finish area and ate an ice-cream instead. Too many damn people for my taste. My Garmin behave admirably and I was able to upload all the stats online. Almost 4600 calories and I had to force myself to eat just now. Just wasn't hungry. 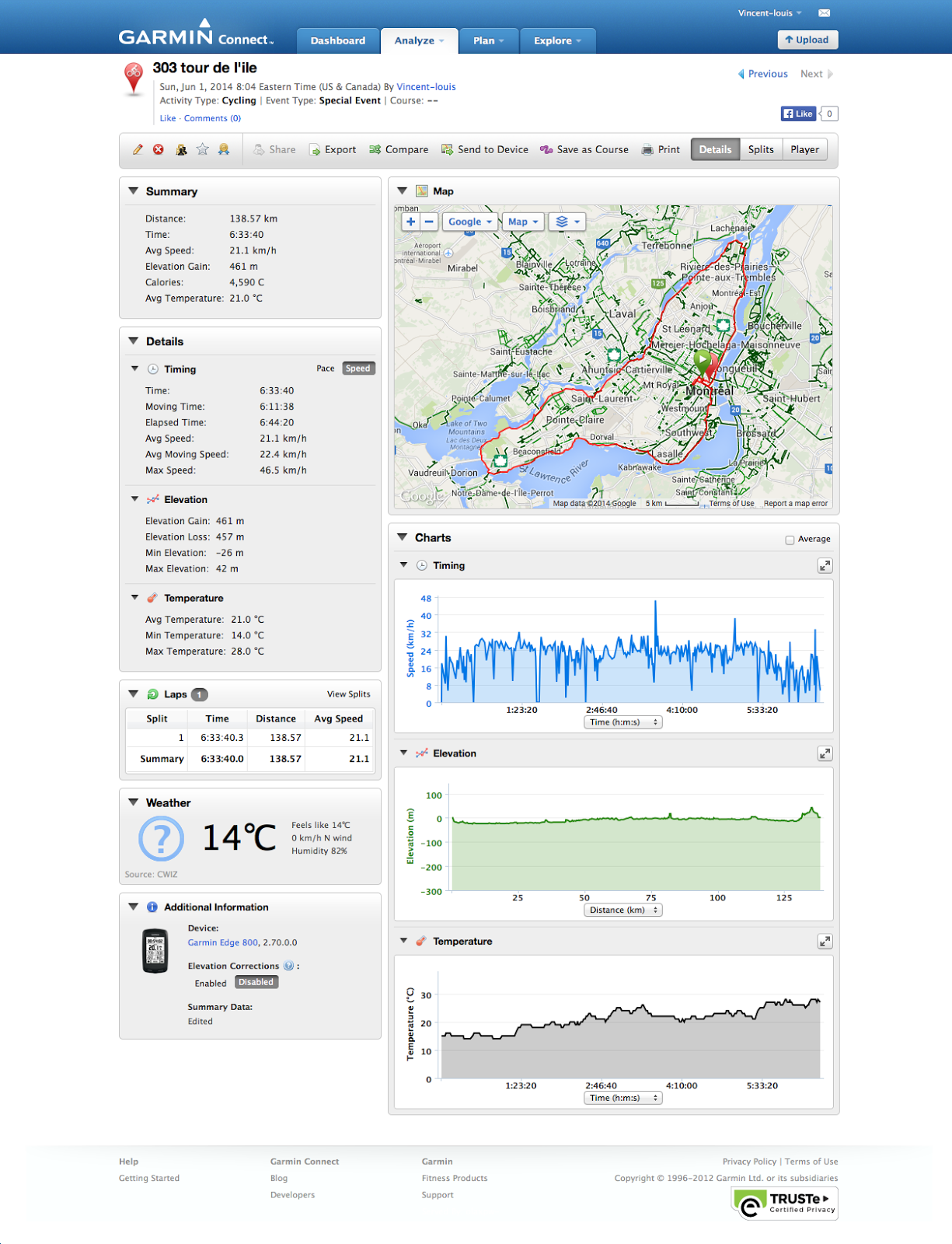