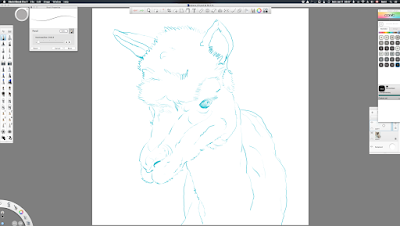 I wasn't going to buy this version as I was happy enough with the last one and pissed off enough they had raised the price and made the app store version a rent only application, following in the rape your loyal customers trend Adobe started a couple years ago.

Then why buy it now? 2 reasons. The end of the month they will stop selling the stand alone version online, only the rented version will be available and Autodesk had a huge sale, bringing the price down to what it should have been to start with.

Version 7 isn't much different for the previous version in everyday use. There are some for the better interface changes and new features that could be useful or at least interesting to play with. Perspective grids and a flip book feature for animations among them.

The most welcome aspects of this new version were not mentioned in any press release I have seen, however. A HUGE problem has been the locked layers in earlier incarnations. Now there is a default background layer which saves time, and the locked layers stay locked when you exit and restart the program (finally!).

Its hard to say how much improvement there is in the pen and brush tools as they were already way above any other software I've drawn in but there were improvements there as well.

So unless they change their marketing strategy , this will be the last upgrade I buy. Hopefully by buying the newer version, I will be able to hold on to it though the new few years of OS updates.
Posted by Behemoth media at 06:25 No comments: 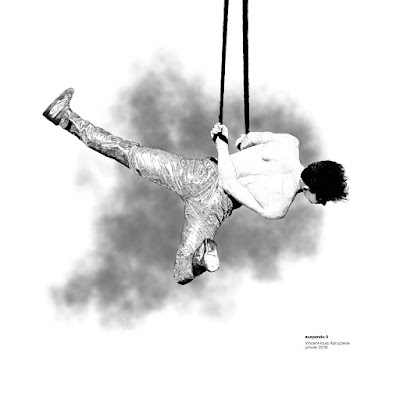 I have a chance over the last couple weeks to do a new drawing in between my current TV show contract. I had started another but it was not coming out very well so I decided to do yet another acrobat. I will have less and less time to even think about my own work as the next couple months play out so it was really important I get something done while I could.
Posted by Behemoth media at 08:02 1 comment: