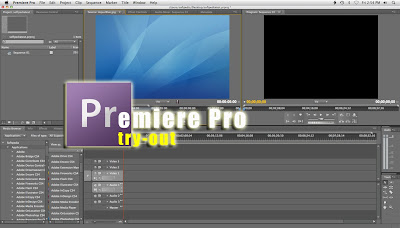 As a quick impression. I can see myself using this software more and more for my personal work anyway. I still need to try exporting setting out ect... as I said it’s too early for a real review, but I can see why many independent productions are not shying away from using Premiere these days.
Posted by Behemoth media at 07:10