To Flash or not to Flash your clients 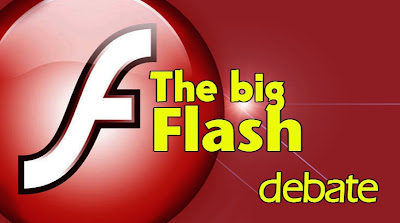 It was THE thing online for many years... every client had to have a Flash site, even if they no idea what it was. I worked with a print designer who kept saying he wanted «the flash» in his site. Turns out «the flash», to him, was a simple html rollover, but because it changed something on the page, it was Flash to him.

It was and is still an amazing technology. It came on the scene when a fast connection was 56k by your telephone line, yet I was able to design pretty complex and interesting interactivity with it... all under 800k per animation to keep loading under a couple minutes. (Yes, people actually use to wait minutes to load sites back then). It still is the only good way to get decent animation in light files online.

Why all the hate now, then? There are some very good reasons for this. Early excesses was one thing. Sites with flash became so damn complicarted they took forever to download and usually for no other purpose than to satisfy the needs of some bored or badly trained web designer to show off. Spinning logos were everywhere... elaborate web intros with no «skip this intro» buttons were a plague on early internet browsers. It became more and more associated with bad design, excess and annoying download times.

Another big problem was the over reaching of the format. It’s practically it’s own operating system now. It’s animation tools have become secondary to it’s developement tools and though there has been recent improvement in the user interface, it’s still an incomprehensible mess to non programmers. It’s really lost it’s way as it has tried to be an animation program and a developement platform at the same time.

Personally I love what flash brings to the table animation-wise for the web... limited interactivity is great... small fun games, interesting presentations for your site, it all works for me. Under Adobe, however, it has gone far beyond what many designers and certainly what animators need or even want. Instead of enhancing the experience, it’s become something to avoid. I still use it, for small animations, but I don’t even tell the client it’s Flash sometimes. That’s how bad the reputation has become.

I say drop the pretense that it’s an everything platform and go back to the basics... an internet format for interactive animations that loads quickly. Make it something to be desired, not avoided once again.
Posted by Behemoth media at 12:25 No comments: 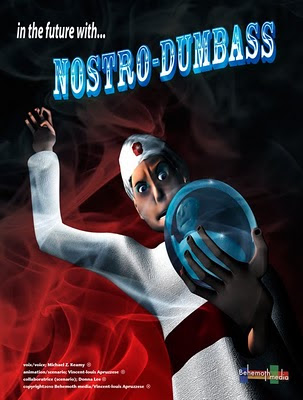 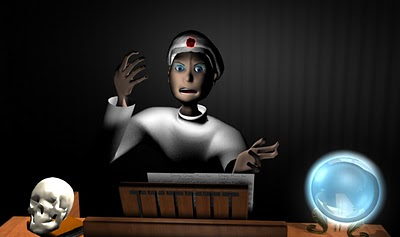 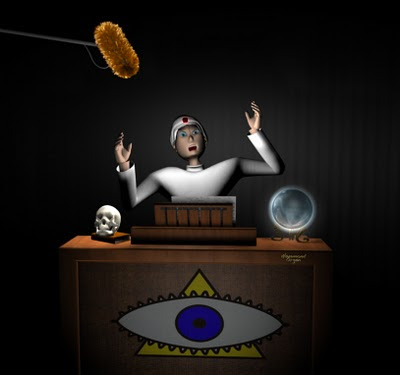 voice - recorded
thanks to Michael Z. Keamy
model - rigged and ready (I think)
thanks to Cactus Dan, C4D Café and Denis LeClerc
Posted by Behemoth media at 10:19 No comments: