Now that Apple is no longer "pro" 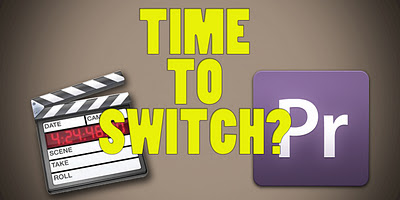 After years of producing some really great and now essential software for video pros, Apple has abandoned them in favor of robust, but far from professional versions aimed more at consumers who need more professional features but lack the experience and training using those features entail.

The Final Cut Pro suite is of course what I’m talking about. Now basically dead, Final Cut X the much needed and anticipated FCP update wasn’t what anyone was looking for and won’t be... ever. Some cool ideas does not a professional software make. Soundtrack Pro is gone leaving Garage band and Motion was never all it was cracked to be, but a solid software (and still is) but solidly in the less than professional arena for many tasks.

This is water under the bridge and Apple has the right to do whatever it wants in term of what direction it develops it's software. The question for those of us who depended on using it is now... where to go?

Frankly.. Avid has always been a complicated and buggy pain in the ass for me. On the MAC end of things anyway. The only other affordable alternative seems to be Adobe’s suite of video products.. which in anticipation of Apple’s change of heart, seems have been upping it’s game in recent years and is ready to take on the challenge. I’ve used Premiere Pro more and more and there’s no replacement for After Effects. Integration with Photoshop and Illustrator seals the deal really. Encore is miles above Apple’s always lame DVD pro and produces really nice DVDs, in my opinion. The music software is good for fixing problems but not for producing music.. Sound track Pro still is better at that..but not really that much better as time goes on.

So off to Adobe for my next feature documentary I’m thinking. Sort of scary and not a little bit annoying... but it’s not like there’s a lot of choices in this area!
Posted by Behemoth media at 07:01