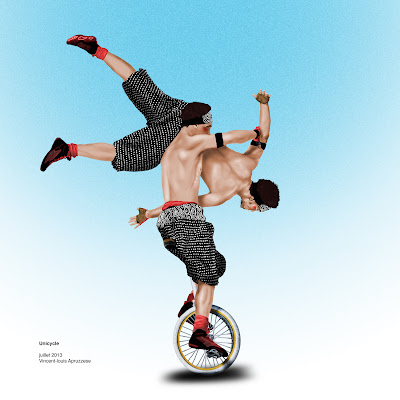 
Trying to get back into animation again… it's been a couple years since my last one. I wish I had the money to upgrade to C4Ds latest version which looks like it would make the many of the things that take me so long to get anything done, get done much faster.

This project has been kicking around a long time. It's nothing extraordinary but it's the first one where I learn dot rig well enough to not be struggling with the puppet the whole time and despite the long time between animations, I think I've gotten much better at the timing and fluidity of the character movement. Plus This has a real walk in it, which isn't great but it's true when they say the walk is the hardest thing to pull off.
Posted by Behemoth media at 07:26 No comments:

The Sweet Fail of Success

Success is measured in many ways and in the creative fields there are perhaps more ways to think of it than in other endeavours.

In my case, for example, I can point to many signs of success. I wanted to work in special effects/animation as a child and make movies. For the personal documentaries I  made I wanted to:

I've done all of these things and even sell my films on Amazon.com, something I wouldn't have imagined starting out. So I can't complain that I haven't achieved my basic goals.

Now the fail part. I also expected with these achievements I hoped I would be able to squeak out a small living, nothing ridiculous, but this has not happened. I've worked on some nice professional projects for PBS and well know documentary film makers, and even though some won Emmys and Peabody Awards, I am cleaning streets part time to make ends meet with almost zero graphic design and truly zero video work is coming in for a couple of years now.

There are lots of "reasons" for this. No one has the budgets anymore with the economic crisis ( or so they say) to hire people and I did not grow up in Montréal or New York City or get the chance to go to college… all of which would have helped make stronger networks to draw work from. So while my work is considered excellent and not even expensive, I have to remind as many people in hiring positions possible that I still exist as often as I can. Knowing the right people is everything in business and no amount of talent, hard work or dedication can overcome the basic fact of "it's who you know" and "getting there at the right moment".

Then there is the artistic part. I am very happy with my drawings for one thing and while I could certainly use more money (read: any money) for my film projects, in the end I'm happy to keep making them and progressing slowly into more complicated things. So… success again.

So in the end, I'm a success in how I think of my work and how it's received when I get jobs... but a failure in the "making a living" area which is, truth be told, the only measure of success everyone, including artists can agree on.
Posted by Behemoth media at 14:40 3 comments:

City of Dreams of Tamino the Cat 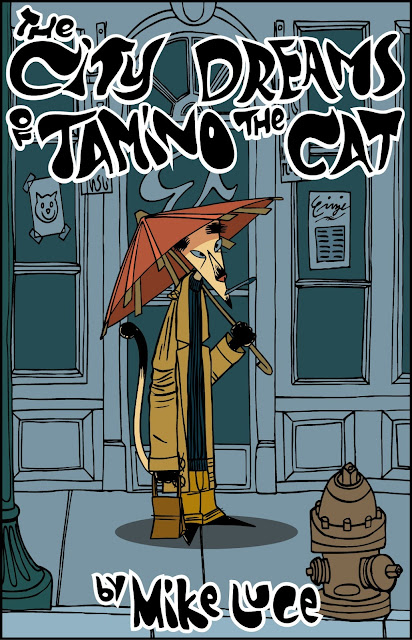 (cover art to: City of Dreams of Tamino the Cat)


Mice Luce has released his Tamino comic on iTunes in the bookstore and I highly recommend you get it. It was along time coming, but the effort shows and it looks great on the iPad. It's an inspiring piece of work and I encourage anyone and everyone to buy a copy to help support not just Mr. Luce but all independent artists in general.
Posted by Behemoth media at 06:09 2 comments: