After a fun weekend with an old friend (Mike Luce) and 14 year employee of the MYP, we were able to film a long interview with him and he interviewed me since the first one was not working so well. This means I am finally able to start editing it into a real film. 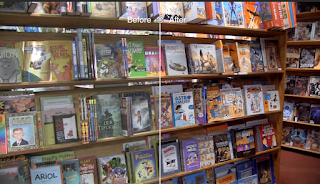 Using Final Cut X  has a learning curve, despite what some people say about it being so much easier than other non linear editors. Getting all the video in is very fast and painless but getting it organized for editing is not any easier or faster than doing it in Final Cut 7, just different and more flexible.

Even though I have done a short 3 minute documentary last year, working in full HD is still new to me and the ability to enhance and fix things has greatly advanced since I did my film about the 1270 disco tech a few years back. Mike and I were looking at the video together and sound is a huge problem on this project. Earlier interviews had to be done in the store which was a recording nightmare. I found a plugin that would take out the echo and really enhance the sound, but it was 400$.. so out of the budget which is now zero dollars since I’l already in debt for the film. we did try out Soundtrack pro for some of the real obvious issues, which a software that came with the old Final Cut pro and while not as easy to use as the in app features in FCPX, it does a lot more, a lot more competently and even the worst sound was rendered somewhat usable. 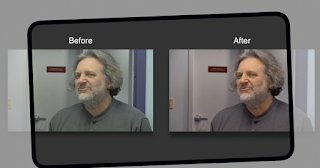 the video can really be pushed, despite bad lighting conditions

Mike also helped me with some drawing advice for another project and was really kind and just gave me a couple of his original drawings , one of which was up on the wall minutes after the left for home.

Oh and now the doc is called « the picnic » apparently. 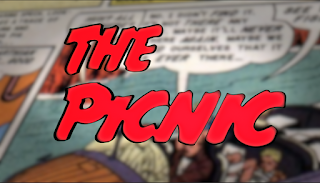 Dunno how much I actually helped but it was great to see you again. I can't wait to see the final film. I know it's going to be a lot of work. I don't tnink people really understand how much is done in the editing steps. Regardless, it's great that this story is being told. Otherwise, it wouldn't and that's sad. Thanks for putting me up. Was great to see you especially after so long a time! And say hi to Robin, too!

you were a HUGE help! Your interview talked about a bunch of things no one else did. Films are really made in the editing, the whole thing can change from what was written or conceived of before filming started. Docs even more so since I try not to have to strong an idea about what the film is about until people start talking and i get more information.