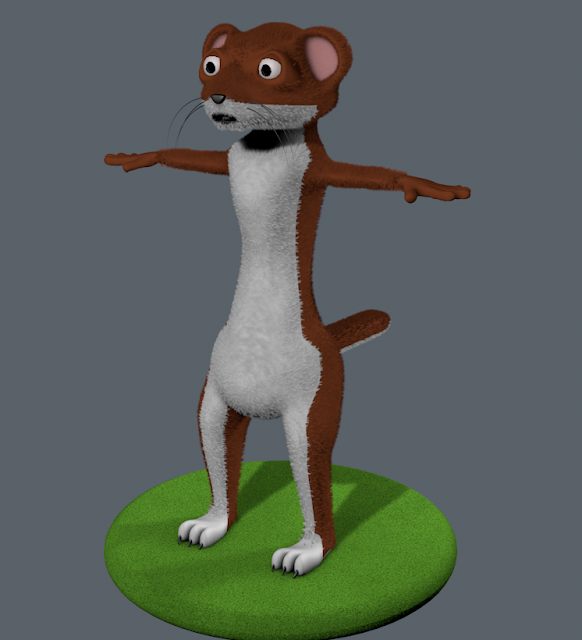 So I did this fairly quickly once I started working on in C4D after a couple months of knocking it around in my head. I have no idea what sort of character he is yet, like the fox Renarldo I made a while back I'd like to incorporate the french word belette (weasel) into his name as renard is fox in french. I have ideas how he will move around etc... just no idea sort of project he will be running around in.

I gave him fur like Charles Billingsworth the 3rd, the platypus in my Dramatic Reading series using the same sort of set up for that so it renders fast and helps give him some depth, I think. Not sure if he should have some sort of clothing or accessories yet. After I decide on that I can start rigging him for animation. 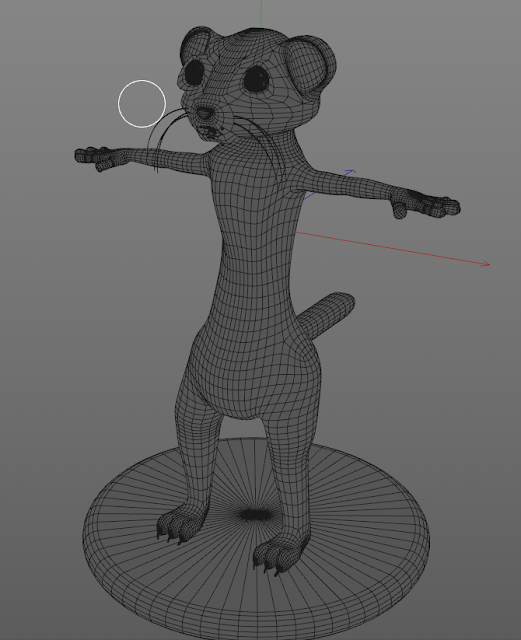 I worked more on his fur and gave him some black hair on his tail, plus made his eyes smaller and the pupils larger. I actually made a new set of eyes that work completely differently to get more expression in them. I am also almost done with his face and eye expressions. Over the next few days I should have his rigging done and maybe do a little animation test. 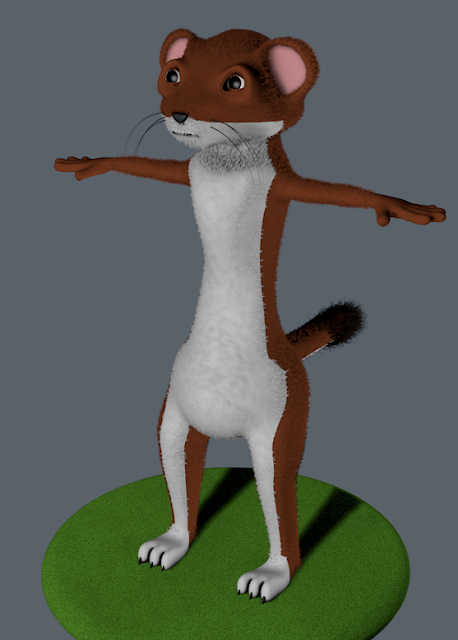