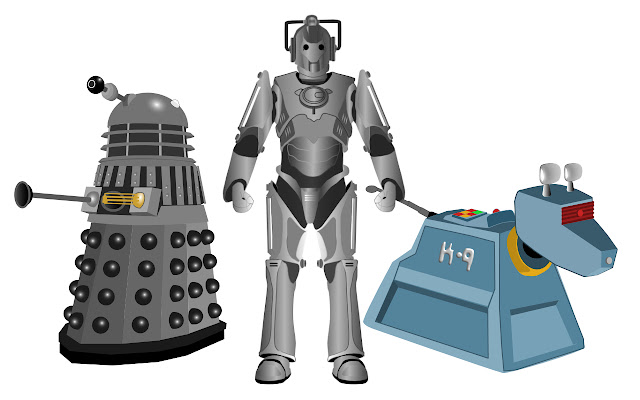 I did the work with Affinity Designer and it's something I might not have tried in Illustrator even though Illustrator is more than capable to do this, it's just not fun to work in. I was surprised how quickly it went. Vector drawing has been mostly for logos and some simpler drawing work for me, even though I do like the clean look of it. maybe I'll do more now that this went well enough.
Posted by Behemoth media at 15:12

Very cool, Vince! Vector drawing is very addictive. It's been in my toolbox for years though I usually sketch first and trace the sketches. AD doesn't have an eraser, not a proper one which is one of the reasons I don't draw directly in AD. But the program IS easy to use. Hope you continue making cool stuff with it!

I did continue... I just added another one to the list! I heard they are working on a proper eraser. What they have now is fine with me but I would appreciate that upgrade. I didn't want to use pixel brushes on this for some reason. Just wanted it to be "pure" vectors. I found a way to import some photoshop cloud and smoke brushes into Affinity that wouldn't work before with "one simple trick" (how click bait that does sound? )