28 Young Men, a short poem by Walt whiman read by Michael Z. Keamy and animated by me (Behemoth media).

The project has been several years in the making. Originally we wanted to do live action and scouted and filmed several locations. As time went on, it became clear that getting 28 make men to splash around on a beach for free was not really a realistic option. We needed a secluded place and no trouble from local authorities. So animation was the voice in the end.

The men barely move, (and no there are not really 28 of them but I am not exactly Pixar so we never see them all at once), the idea being they are frozen in the woman's fantasy as she imagines herself moving amongst them. The beach and house are loose representations of Newburyport where Keamy grew up and had specific locations in mind. So the advanced filming came in handy when it came to making the sets.

The water effects were done with X-particles for Cinema 4D and look pretty good to me. they are not meant to look like real water and match the cartoon look of the ocean waves. 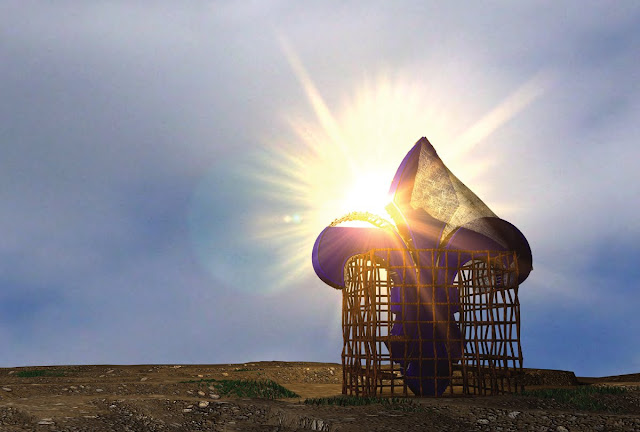 2019 was a hard year, lately they have all been pretty hard with less revenue coming in less people wanting to pay to get work done. I was productive in many ways, however.

Animation:
I finished 3 Dog & Weasel shorts to go along with  my trend of cartoon animations. With them I experimented with a more cartoonish style especially in the backgrounds. At the very end of the year I got news that "The Raven" would be shown at the Sunrise Film Festival which was a HUGE help to my fragile ego.

Drawings:
I drew a lot more than I thought I did and started to branch out with different techniques and styles, 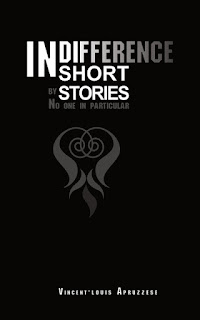 Writing:
After two years of work I finally published a book of short stories called "Indifference" which included updated and rewritten works from as far back as the 80s.

Tech:
The update to Mac OS Catalina broke a few things. I lost the pen to my Wacom tablet meaning I had to replace the tablet with a Huion version which was cheaper than replacing the pen. This worked out really well in the end. I also went head first into my dump Adobe plan after Serif released the first version of Publisher to replace Indesign. The only application I really need to replace now is After Effects and if I had the money for 300$ in plugins, Apple's Motion app would handle my current needs. Almost there.

Setbacks:
I had a few financial, let's say surprises this past year. My dishwasher exploded for one thing. It turned into a nightmare trying to get it replaced. I ended up having to uninstall and getting rid of the broken one and installing the new one myself despite paying to have that all done by "professionals".  A month later,  my iMac also exploded when I was updating it. Luckily I had recently started using the Mac backup option "Time machine" and it saved me from losing any work or software.

Some pushes forward:
I did get some new contracts, some animation and some design and some photo. The new work didn't translate into regular work, sadly, which is always the goal. One very small contract just didn't pay and won't respond to emails while another was a bear to get done and it was a constant struggle with someone who apparently thought 3D was magic and simply asking for unreasonable changes was enough to get them. It always amazes how many people will demand 6000$ of work for 600$.

2020 is an unknown of course. I am starting off in a decent place with some old work coming back and some new ideas I want to try out. 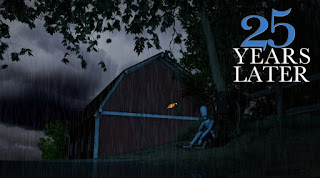 Animation:
I have three projects in the works. "25 Years Later", a very personal film that is about 40% completed and really different from anything else I have done.  "28 Young Men", is a reading of the Walt Whitman poem by Michael Z.Keamy and is almost ready for animating. Finally "The Cask of Amontillado" will be my adaption of the Edgar Allen Poe tale and will fit in with my previous gothic horror shots.

Cinema 4D has become too expensive, is always slow to get out new features and has started a subscription model, so I will stick with version 19 and some plugins for the next couple years while I transition most likely to Blender  - a free software that has really made some giant steps forward in 2019.

Drawings:
I want to start drawing on paper more often, I even have a couple drawing pads ready. I would like to branch out more with this part of my work as well. I might do a graphic novel, but I don't think I am close to being able to accomplish that yet and might instead go with a story with key illustrations.

Writing:
With "Indifference" finally done, I actually already wrote 3 more short stories and will just keep doing that as the mood hits me and see if there is ever enough to do another book. A more intense project is called "Covenport" and will be a short novel or a series of short stories that all take place in the same location - a secluded town at the base of cliffs near Gloucester Massachusetts. That will be the one I likely illustrate.


Tech:
There are some big updates coming for Affinity Publisher that should make my work go easier and further my distance from Indesign. Serif is planning an iPad release of that software this year and I would be able to do all my graphic and illustration work ion an iPad... !  This is making me seriously consider not having a laptop after this current one dies and just replace it with an iPad pro, something I can not afford anytime soon but I could use for photo shoots on voyages and for work while away from the studio.
Posted by Behemoth media at 19:14 2 comments: