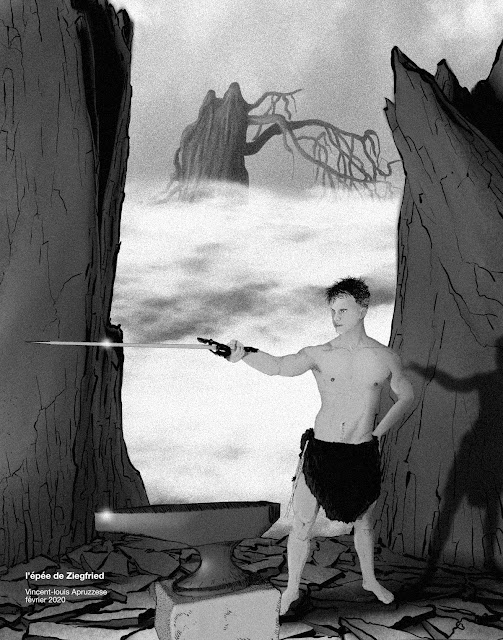 It took a few yers but I finally did the third image in this series inspired, loosely, by the Fritz Lang's film of Ziegfried.

This one I decided to go experimental and use a technique I want to use more with animations in the future. Basically I drew the character and the backdrop normally but for the foreground and anvil, I made a simple grayscale 3D model the drew over that with details and added more shading etc. I made some mistakes along the way but overall it worked out, I think so anyway. I have to thank an old friend I haven't seen in decades for posing for the images I'm still using. It's not every cute, nice guy who will agree to pose in a pelt with a real sword.

The first two are below. Click any image for larger version to see more details. 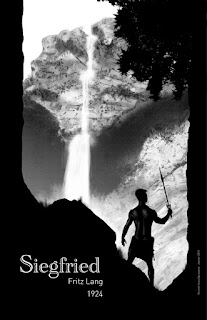 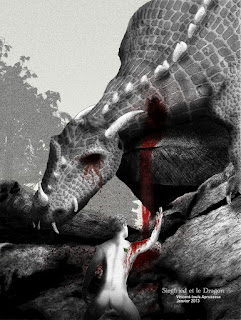 I like the idea of drawing over the 3D model. Looks good, like it's really just a part of the rest of the image. Of the three, I definitely like the new one the best. Perhaps this is a good, cheap way of building a set for future illustrations!

I have used 3D before but not integrated as much as this one. I was thinking if I ever do a graphic novel or comic one day this would be a great way to have an efficient workflow and keep sets consistent from panel to panel. It really helps with the lighting as well.