It’s only fair I think to point of those who go far above what is expected of them and give the rest of us advantages we wouldn’t have otherwise. One example would be people who writ plugins, most of the time for free or ask only a donation that vastly improve a software we work on all the time. One of these people is Lazaros at Nitro 4D. I have bought (donated to) 2 of his excellent plugins recently but I also have quite a  few of his many freebies, some of which save me so much time and effort, it’s amazing that Maxon hasn’t integrated them into C4D years ago.

A quick effects test I did. Sorry for the distortion, the quicktime X software does a terrible job formatting and I didn't have time to run it through Final Cut X

The paid for plugins I have are Nitroblast which is basically a way to explode and break apart objects in various ways, but also goes beyond that into helping out with making 3D motion graphics and transformations as well. The video (not mine) will give an idea what can be done.

The second paid plugin is Nitropose, which lets you save poses of characters of objects and insert them into an animation easily and quickly. While C4D has motion clips, this goes into a different area motion clips don’t cover as it saves animation as clips but not really separate poses. This plugin lets you save any pose you like in a handy windy to drag into a timeline as you like in any order you need. While it doesn’t help me in my current projects, I can see for game animations and repetitive movements for multiple characters and use them, say, over the course of a TV show.

There are many, many more and even the ones I have I haven’t explore completely. Most take something that would take awhile to set up manually and make it a click of a few buttons… saving hours of time.
Posted by Behemoth media at 18:44 3 comments: 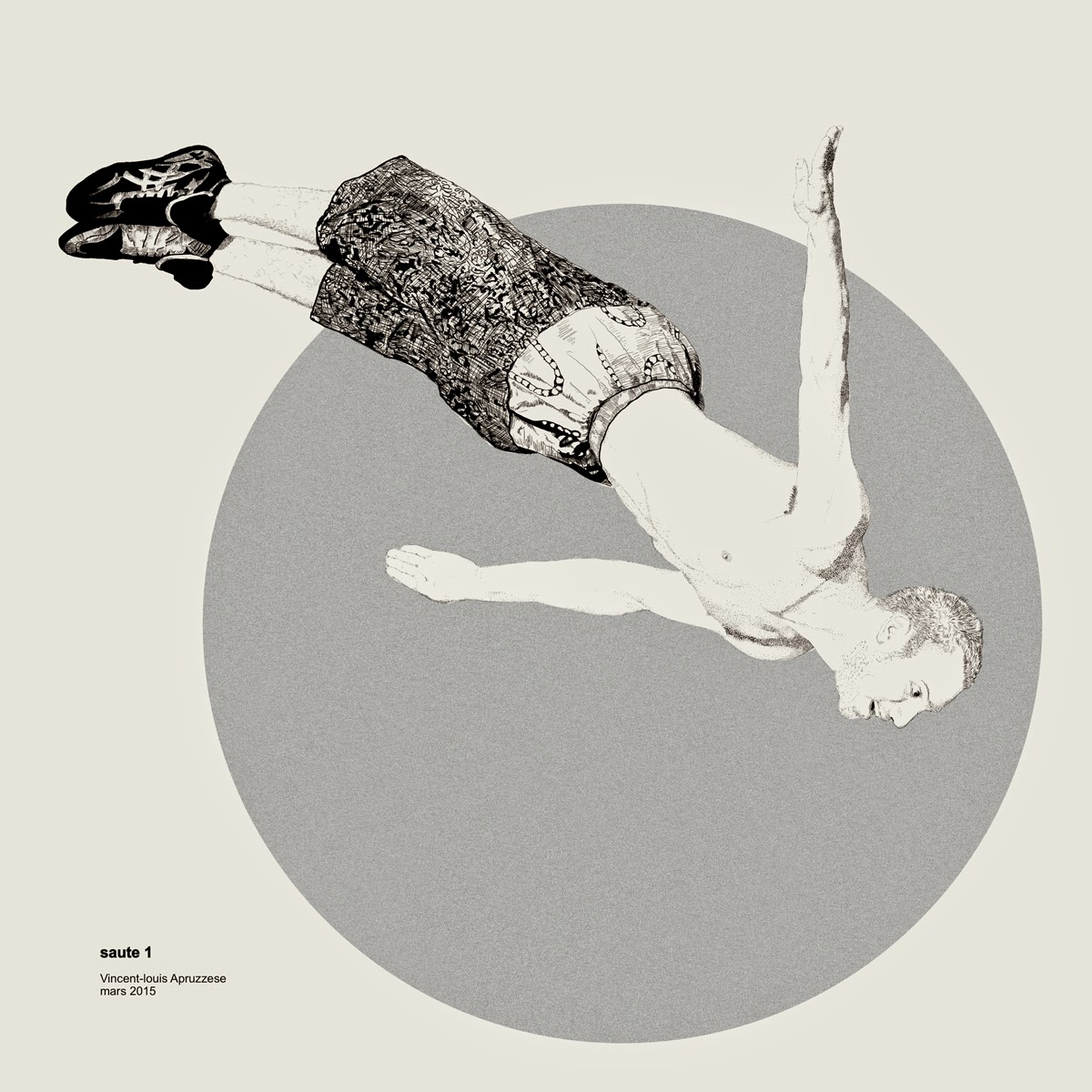 I felt I was getting very stale doing the colour work, especially on the acrobat series and thought i should go back to what I really love, pen and ink (style - it's done digitally). I made it slightly more graphic by adding the circle in the back. I always wanted to make his body stand out with some grayscale painting or something behind him but decided something precise might work better.  I also wanted to balance the really dark lower half with the really light upper half.

Oddly, I think pen and ink has a lighter feel over grey scale colour drawing. I think because I am obsessed with doing skin tones in points of different sizes which to me, more or less adds a film grain look to the illustrations.
Posted by Behemoth media at 10:38 No comments: