After a long wait, Apple has released an updated version of not only Final Cut, but Compressor and Motion. Final Cut being the centre point the others are attached to, it makes sense to mostly talk about how it's changed.

To be fair, they did handle some issues and it is much faster. The interface is easier to navigate and the long standing requests to have multiple scope displays for colour correcting have been answered. It also has some interesting new features like drawing masks, automatic smart collections created when you start a project and the big one... 3D titles.

The new 3d titles is an interesting, well thought out feature no one asked for and frankly isn't going to interest professionals in film production. I can see it being more helpful to what is now FCPs apparent new core base, makers of industry films, seminar videos and the like. Apple is making a huge deal of this feature which is even better implemented in Motion where it belongs more than in a non linear editing program.

Unfortunately, this leaves the functions editors have been begging for still left undone. There is no separate audio track so you can time a project to music, like for a music video as an example ( there are work arounds, but in my opinion a workaround solution just says Apple has fail to provide a real solution to an everyday need for many editors). The timeline doesn't slide with the playhead as it does even in iMovie yet and there is not send to Motion command to add affects to a clip you are working on which should have been in the software day one. Despite many proponents taking every little incremental step forward as a sure sign Apple has not abandoned professional film makers, this new update does nothing to support those claims.

Motion has also been updated and the new 3D titles fit in better with it's set of tools but more importantly, Apple seems to have.. at least on my system, been finally.. finally.. able to get much better real time playback and the software opens right away now. Those two little things have kept me form using Motion over After Effects since I first bought Motion as a stand alone product years ago.

Compressor I don't use, or I haven't used since the Final Cut 7 version so I can't really say much about it except the last few versions have not been all that well received. The ability to export directly to iTunes to sell your video does seems like a great feature once you've jumped through all the hurdles of getting approved and the rights to sell your stuff in the iTunes store.
Posted by Behemoth media at 11:29 2 comments: 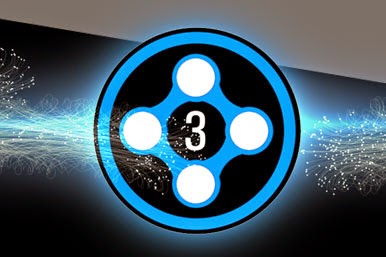