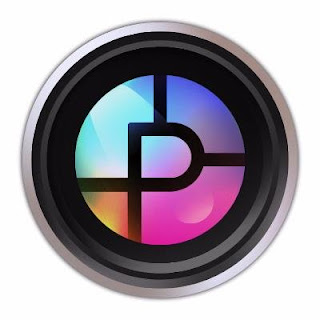 In my quest to rid myself of Adobe products I have discovered something I hope to replace Adobe Bridge with. I mostly use Bridge to look through my images (photos illustrations files etc) and not to edit them but this new software offers a nice range of editing tools so I might just try them out.

The app is called Pictorial and I immediately liked the interface and speed the images loaded. I did notice a couple hick-ups for my workflow, however.

Since I use Affinity Designer and Photo over Photoshop and Illustrator now, I noticed those files simply were not visible in the Pictorial window. A huge disappointment. Affinity is working on it's own DAM software, but when that will get released is anyone's guess, could be as far as a year off or more. I contacted Pictorial to ask if at least seeing the preview images was in the roadmap and it wasn't... until I asked. Within a day they sent me a test version with the ability to see small .aphoto previews in the viewer! That is service! They also explained clearly what the problems were in getting larger images and that seeing eps, illustrator and other files in the viewer would be possible but isn't immediately available and why that was.

So while this isn't the perfect replacement for me, it's the one I am using exclusively on my laptop and more and more on my desktop. I don't think it will be long before it does everything I need. 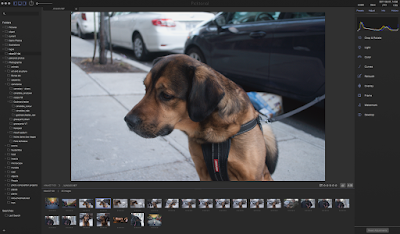 Interesting how there are suddenly all these choices for moving away from Adobe when, for decades, there really weren't alternatives worth mentioning. The only thing that worries me is if Adobe suddenly feels the need to acquire Affinity. That would suck. Thanks for the continued coverage of breaking away!

I think a few places have realized there is a market and a need to make things to replace Adobe products if for no there reason than people are sick of Adobe's monopoly and stranglehold on creative software apps. They all seem to know they need to provide good service and not just just copy what people already have but innovate. Affinity is a fairly large company in Britain (I think) and can likely resist being bought out for a long while. I can't imagine all these great alternatives won't start having effect on Adobe's business model which is aimed at big companies, not individuals who I think are the true majority of those using creative apps. Maybe I am just dreaming about that!

I was told today that at one point, Apple was a major shareholder in Adobe which might be why they were SUCH friends at one point. An iOS app, Pro-create is on all our iPads at the store and I keep wondering if we'll buy that. If Apple left Affinity alone to make their stuff, I'd kind of love for them to buy them just to keep them out of Adobe's hands. But that's just wishing.

Apple promised Adobe that Motion would not be competition for After Effects when it came out, a promise they still feel compelled to honour for some reason. If Apple wanted to it could knock most any other software out of the market except maybe Office with is just too entrenched. If they bought out and took over a 3D animation program I can imagine it would be priced well and work better than most out there now and open up the user base... much like iMovie and Final Cut did. They don't seem so inclined sadly.