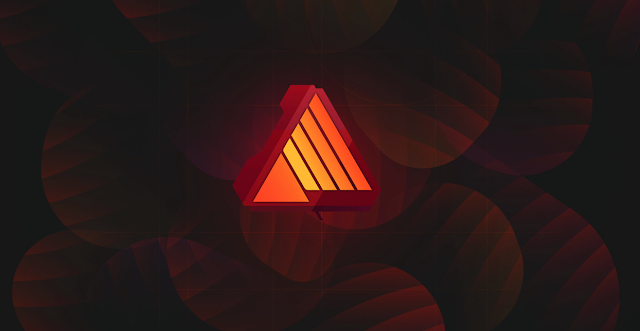 I received my copy of the Affinity Publisher beta today and had to time look at all the tutorials that came with it and go over many of it's functions to see where this might all be going.


To be 100% clear: this is a the first beta of a new software, it's not even close to ready for production use.

Overall, the interface and functions are the same or similar to the other Affinity apps, bravo on a job well done with a consistent interface throughout. In this first beta, most of the the most basic functions are there and not much more. I tried to set up a typical document from my steady design client and it fell short on a few things that would be deal breakers if this was a finished product. O the other hand, the potential is truly there and is easy to see. While they are not activated, this will have design and photo personas, meaning native Affinity Designer and Photo files imported into a layout can be edited within Publisher itself. A big time saver.

Text manipulation and functionality is already good enough for real life usage, at least in most of my work. I did come across a big problem for me, the find and replace is something I use to reformat numbers across a project of document from one font to another, since I have clients who use one font for text and a another for numbers. As of this version I could not find a way to do that that worked.

I really like the table features over Indesign's tables, they are just easier to access and use much in the same way Designer makes accessing nodes a no brainer while Illustrator is always slightly torturous. There is an image box feature I never would have thought of, basically the box will resize the image automatically to best fit the size of the box. its neat and in many cases I imagine it will save  time and make the workflow more intuitive.

So far so good. A HUGE problem Affinity will have with Publisher is that many people like Indesign quite a bit as it's one of Adobe's best apps and rightfully took over the industry shortly after it's release. It will be an uphill battle to get this as fully featured and accepted by printers. One way would be to integrate really amazing digital publishing into it, something Indesign does, but in a very clumsy manner. I would hope they would reach out to some companies like Blurb, Modern Postcard , Vistaprint etc and have built in templates come with the final program. Blurb has an Indesign plugin that works really nicely and they should take that idea to as many online print services as they can so you can send directly from Publisher to the printer. Many Adobe users have been frustrated with Photoshop and Illustrator for many years so switching to a new, better designed app wasn't a hardship. Indesign is already in a place where it's used and liked.

A good start for a highly anticipated application. I would say they are a good 6 months away from a real release at this point providing they can get everything working with their current suite seamlessly. If I buy t and use it on release will depend on far they get with parity of features with Indesign. I will say they have a well deserved reputation so far to rising to this sort of challenge so I'm betting on this being another success for them. 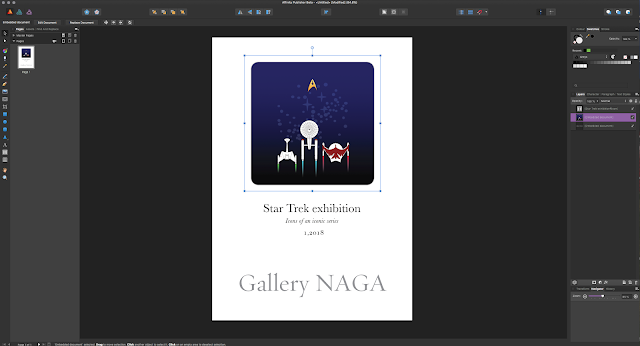 Posted by Behemoth media at 14:08 No comments: 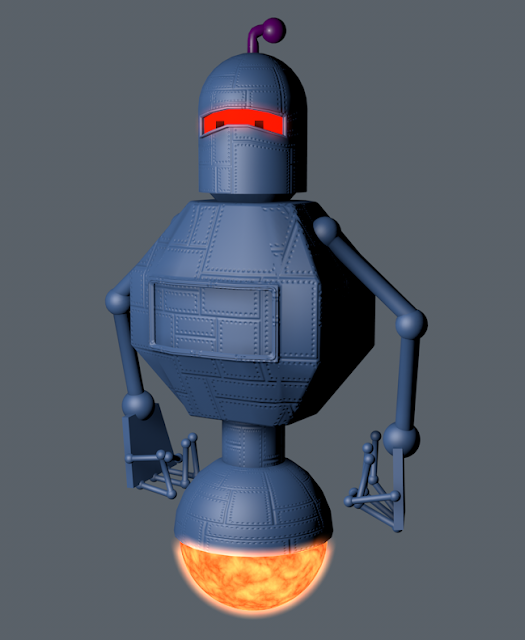 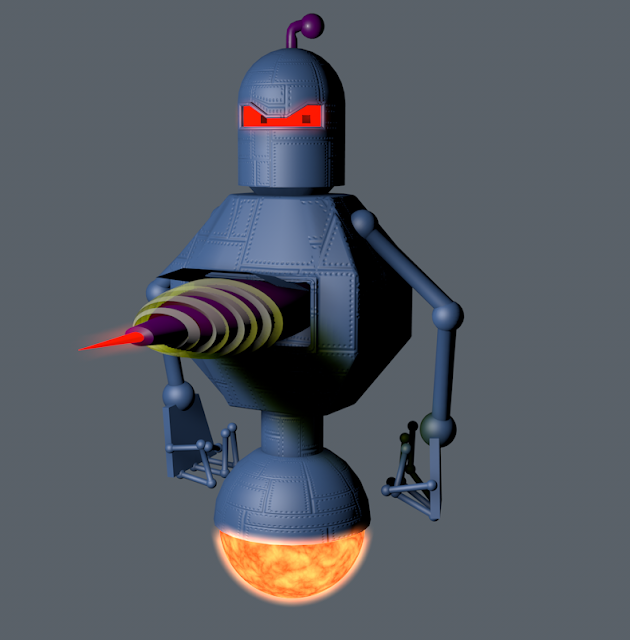 This guy came together pretty quickly. He comes with a spaceship as well and will be featured in a feature project I am currently scripting out. If all goes well it will be another little series called "Dog & Weasel", both of whom I've recently made and shown here on the blog. This robot has some squash and stretch built in as does the spaceship so I am hoping for a more fluid style along than the "Filthy Sheep" shorts. The Robot has a ray gun coming out of his chest and his antenna is dynamic so it's fairly humorous moving about. 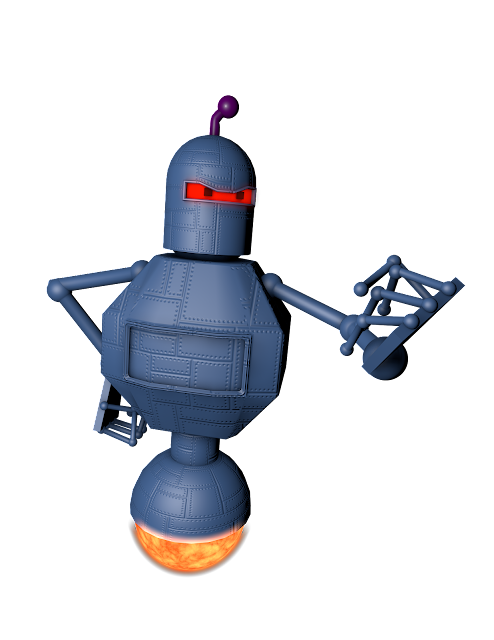 Posted by Behemoth media at 12:08 No comments: 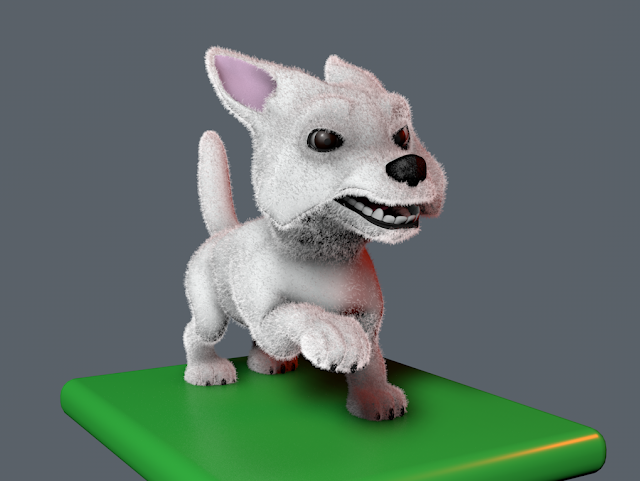 This dog I have been working on for a quite a while and finally got it to the stage it can be animated. It is loosely based on my dog Watson, so I might use that as it's name in a project. Rigging it was the big problem. the tongue was a nightmare to figure out, and the character object for quadrupeds in C4D is pretty wonky compared to the biped. As of today he also has a collar but I didn't feel like re-rendering the images to show it. Laziness I guess. 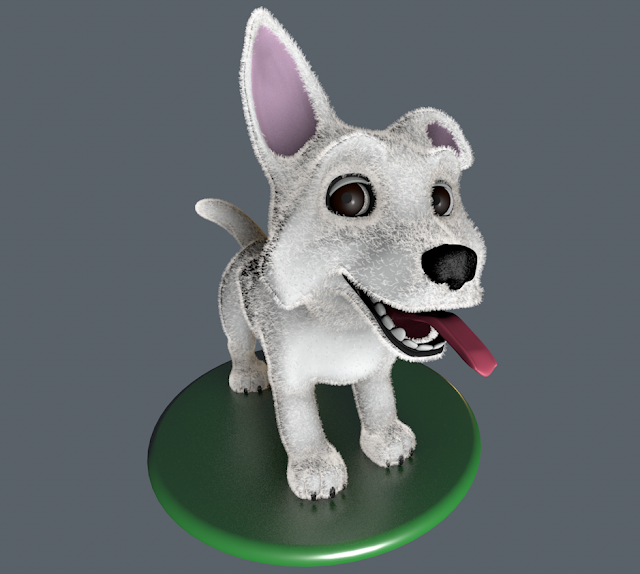 Posted by Behemoth media at 06:10 No comments:

This first one is the longest, 1 minute and the second is about ½ that.
Small warning: the sheep has a potty mouth that is bleeped out.


Posted by Behemoth media at 08:20 No comments: