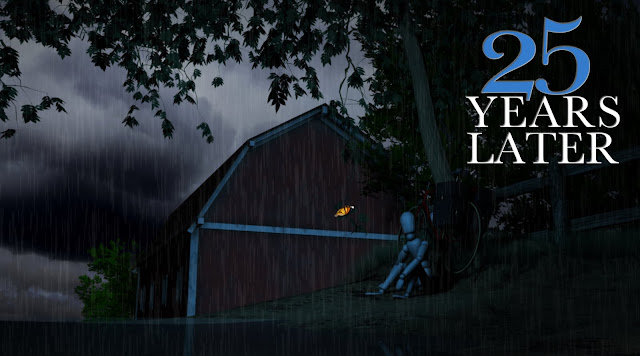 I have been working on this project in various forms for quite a few years now. It was going to be a documentary, then a live action fictional film and now - an animation. The idea to do it in animation was not mine but from Michael Z Keamy who has been encouraging me to animate something  personal instead of adapting a story or making something funny and cartoonish.

Summary: A man takes on a multi-day ride from Montreal, 25 years after he took care of a sick friend to Boston, where the friend and he lived at the time.

Simple story and I have been able to limit the characters on screen to two making animating it more manageable. The actual script is only a page long but here's the rub... there is something like 15 locations as the cyclist travels to Boston and reminisces about the past. I have made about ½ of those locations so far, but have not started the character design yet. That will be another challenge as they have to age and one needs to get very sick but still be recognizable. Making and rigging characters is my weakest skillset and these need to be better than what I've done before. They won't be life-like depictions, I don't feel that's even a goal when making animations, but they need to feel like real people.

To be honest, this is already one of the hardest things I've ever tried to do in film. The story is based on my personal experiences, mostly with one person but not exclusively as I actually tried to help out a few people who were sick in the 90s when I lived in Boston. So while the 2 characters might be, in effect, much like me and my friend, they are more representatives of people like us mixed with others. This was important for the story to make it flow right but also it's just really emotionally hard to go back to this period and literally recreate it in such detail. Not being "about me" gives it some distance. I had planned to actually do this ride for real 15 yers ago, then 10 years ago but it didn't pan out for various reasons out of my control. Just affording places to stay during the trip is an issue and getting me and the bike back to Montreal is logistically difficult. I am planning to get there this summer, the actual 25th anniversary which gives this short film extra urgency and makes it a bit more distressing to produce. Art is exposing pain sometimes and it should be cathartic. At least I hope it is in the end.

Not sure what I'll do with this animation when it's done, and I wish I had a budget to help me dedicate time exclusively to it. 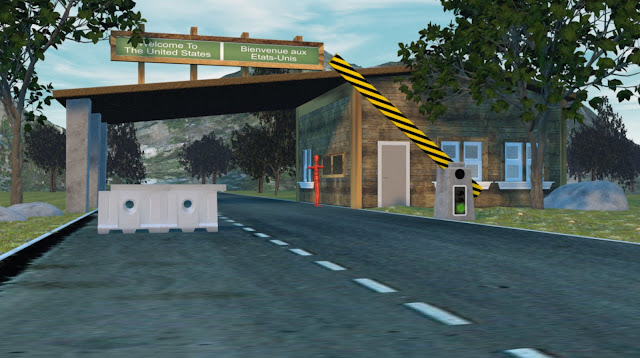 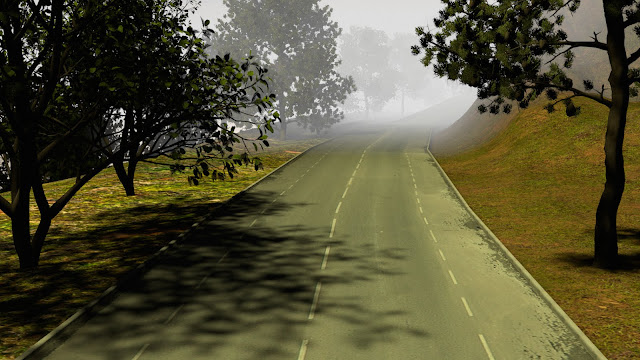 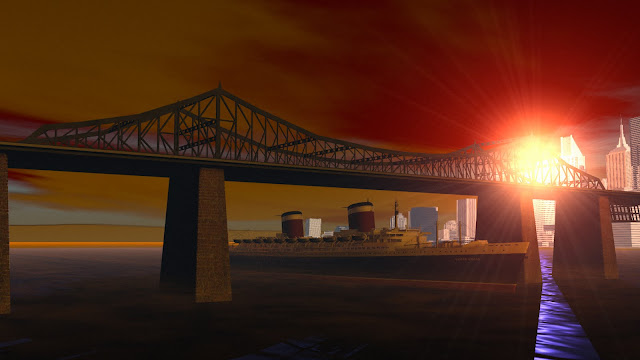 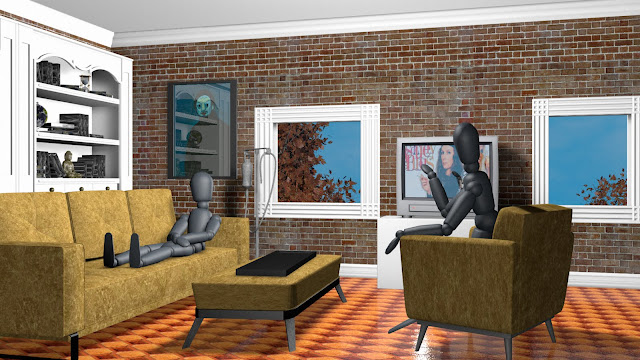 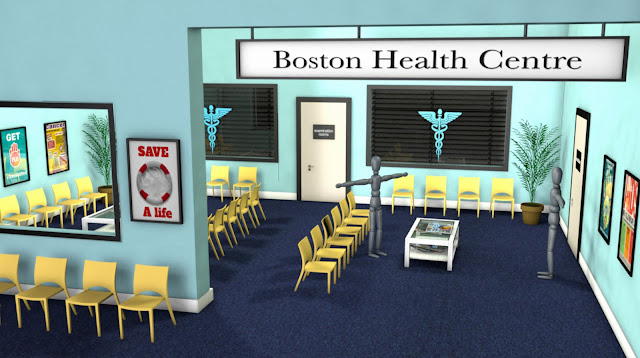 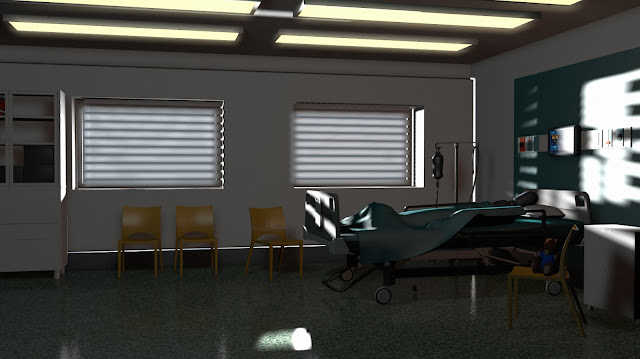 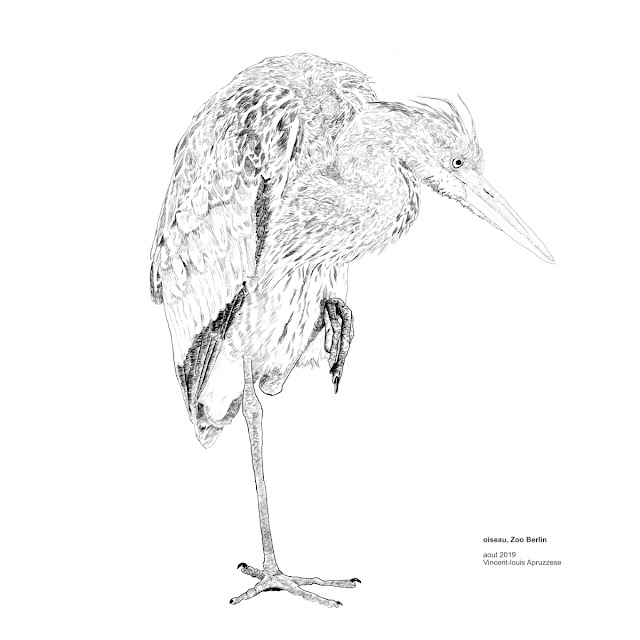 Yet another drawing on Procreate. I have very little idea what type of bird this is but I liked how it looked and thought it might make a nice drawing. It was taking seemingly forever to draw but suddenly - I was almost done. Funny how that happens.

This was an ink only, no shades of grey or colour project. Feels more like drawing on paper to me with those limits.
Posted by Behemoth media at 04:30 2 comments: 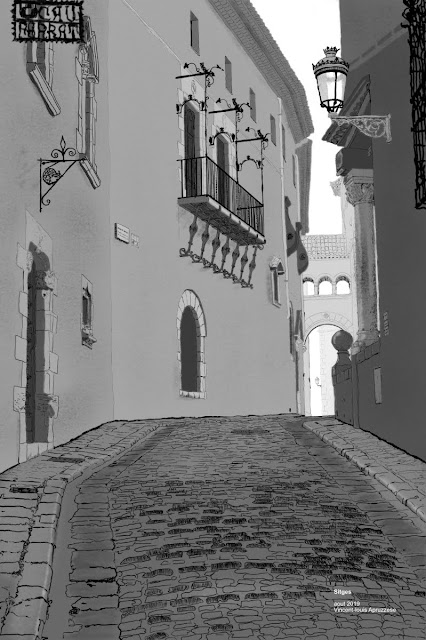 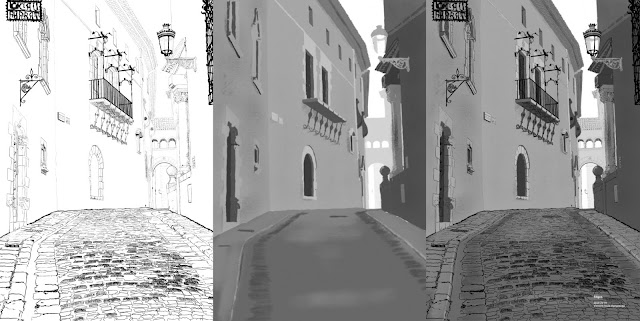 As you can see I divided this into several layers. A pen and ink layer, which was going to be the final product until I decided to do a grayscale layer and add some textures. The textures were on another layer but not too visible on their own so I merged them into the tone layer for the blog. Like most drawings I am not sure if I love or hate this one. I went from dark foreground to light background to dive more a sense of depth. I ended up ignoring a lot of the lighting from the actual reference photo and changed/deleted some details I thought were distracting. I worked on this the last 3 weeks when I could, no rush.
Posted by Behemoth media at 11:55 3 comments: