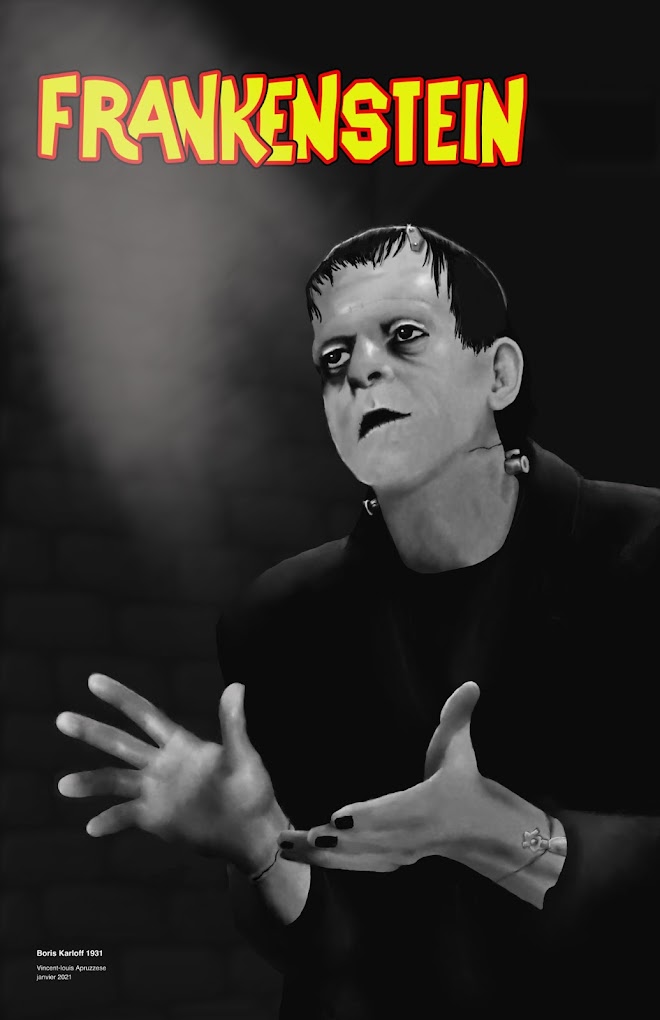 A real challenge, this one. The references were taken from the scene where the creation sees light for the first time. The camera is on his head then pans done to the twisted hands trying to catch the light. Title was done in Affinity Designer ands the rest in Krita.

I think I only got a kind of-looks-llike-him version of Karloff. It a strange angle and the hands were a nightmare that I reworked and reworked a bunch of times. 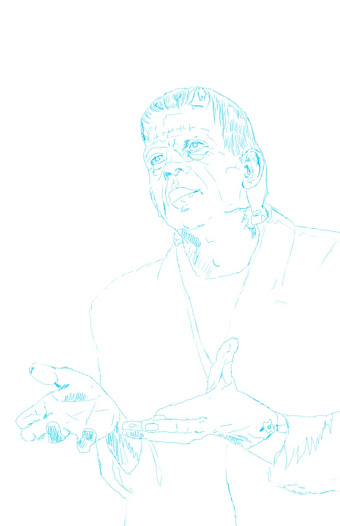 Ahhh, you're running into the same roadblock I set up for myself all the time: bad photo ref. That being said, I think you did really well with Frankie considering the frame grabs were likely grainy and slightly out of focus. There are some really nice reference photos out there taken just of Karloff in makeup for the makeup artists to keep things straight, but they don't have interesting angles or emotion. Sometimes, the ref is what it is. So where do you go from here?

I have some wolfram ideas lined up that I think will be in a different style. I should really get out of black and white and try some colour now that I am better with the greyscale blending. I had some flashbacks to some lost I did for a friend's Lord of the Rings fanzine 40+ years ago and I thought trying to recreate it might be a challenge.