Part One my digital evolution 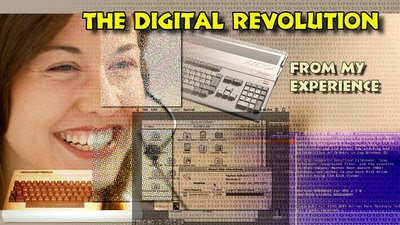 My entry into the world of design came long before the arrival of the computer. I started doing illustrations for advertisements and setting up text, which in those days meant using rub on letters (one by one on white paper the size of the ad) and hoping you made no mistakes. There is no “erase” or “control Z” with those things. Design was a lot more art oriented and a lot less tech oriented back then. You still had to be fast and able to change things last minute, so that much has stayed the same. My specialty was pen and ink illustrations, tedious work that I really love to do. I did an entire catalog of hats once for a local hat-maker in Boston that took weeks to finish.

By the 80’s things were changing. I was one of those who had a Vic-20, one of if not the 1st home computer. It basically did next to nothing but in those days, the little it could accomplish seemed miraculous. I didn’t do much else with computers until the Amiga arrived. This platform still exists for a small number of diehards and I have to say it was my favourite of all time. It had the visual “double click” method of a Mac and the ability to fiddle with the DOS. The graphics were amazing, in fact digital effects for shows like “Babylon 5” were all Amiga based and still hold up today. Many TV stations used Amigas to run themselves also, but it never caught on with the public in any case. With it I started to change my work flow to include the computer. At first just text which now could be corrected, spell checked and changed instantly was a huge step forward and a big time saver. My computer has 100 megs of hard drive and 8 megs of RAM... a super computer in those days! I remember friends asking me “What on earth could you use all the memory and RAM for?”

Before long is was printing in “photographic” colour.. using all all 64 colours and 16 shades of gray available in a state of the art ribbon printer. My first scanner looked like a window wiper and had to be dragged manually across the image very slowly and precisely. For colour, you needed to make 3 very precise red, green and blue passes... all by hand. Of course I thought the results were spectacular. Not quite “press ready” however.

During this period, I experimented with 3d too. A single image with transparency would take 25 hours to render. This was “blazing fast” unless you had a dedicated “Video Toaster” system which used Lightwave as the 3D modeler. Out of my range financially, but I really, really wanted one.

Home computing was still very young, convincing clients to use use the stuff produced ion them impossible. I KNEW that this was the future somehow... the technology advanced more all the time and I could just see on the horizon a time when all work would be done on home computers.

Next... MAC-PC and The internet
Posted by Behemoth media at 10:01