The one took a lot out of me for some reason. I simplified the settings and textures so it would render quickly and have a cleaner look. It is a little more morbid than some of my others but that is Poe, not me! I am still having rigging issues, mostly weighting hands so they bend right. Sometime sit works great, others, not so much. Sometimes they start out working great and then something happens and the hands start acting weird on me. It's not super noticeable in this but it's something I want to improve on. Sorry for the voice narration, I am not the best but I was available and it was sort of "my turn" to do the voice other than the 2 Mike's who usually help me out!
Posted by Behemoth media at 17:06 No comments: 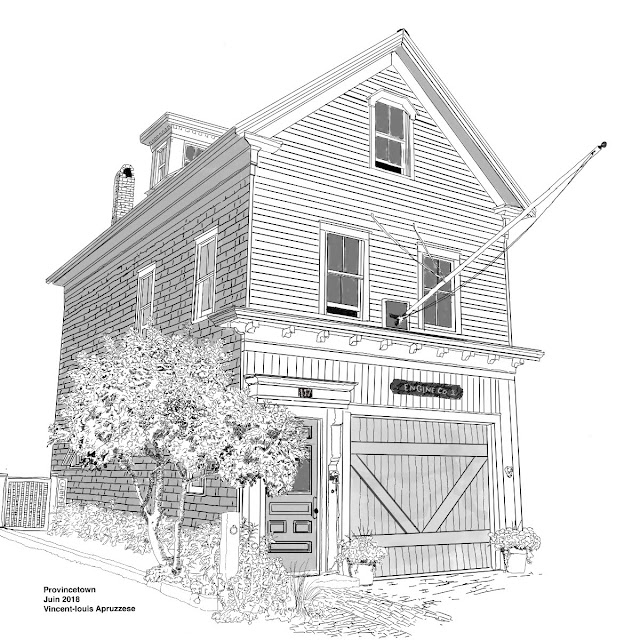 I bought a keyboard/cover for it which has space for the pen and I also got a matte protective film to put over the screen. It does cut dow on the vibrance of the colours a bit, bit it also cuts down the glare immensely and makes the pens feel much more like drawing on paper so I recommend that for artists.
Posted by Behemoth media at 19:08 No comments: 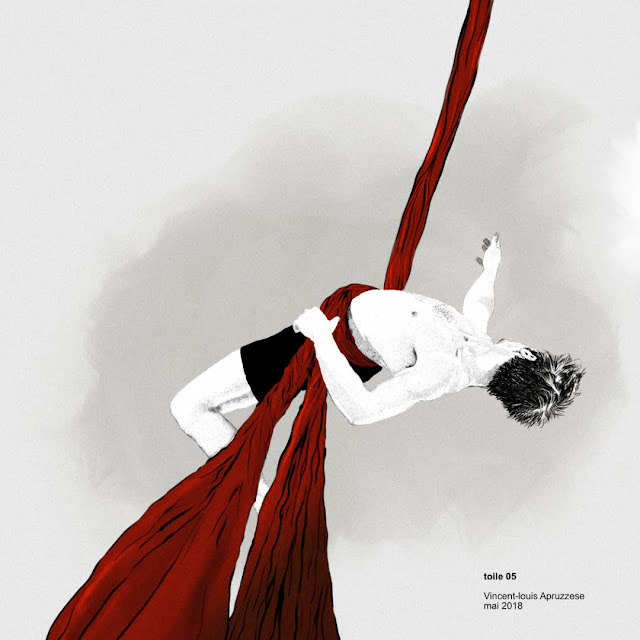 I started off decided to do this only in stipple work with some line work for the drapes but at the end added some colour and shading to punch it up more.

Trying to be a little looser even when stippling for weeks and not sure I succeeded. It took about 25-30 hours drawing time over  the last 3 weeks. I like it but I think its missing some wright and tension the other acrobat drawings I have done have.
Posted by Behemoth media at 10:18 No comments: So I did this last night an hour using the Apple Pencil on my new iPad and the mobile version of Sketchbook. I did take into Affinity photo on my desktop to do some refining, but not much. I was surprised how easy it as to draw on the iPad with the Apple pencil. My brother has one so i knew it was a nice drawing tool but all I had done was test a few brushes on his iPad pro, this was full drawing 15 x 15 inches. Monsieur Charlo is my neighbour's new puppy, though he won't get much bigger than he is now (3 pounds). He likes to come over to my side of the deck and play with our Dog Watson, steal his food and chase him around. It's too cute for words.
Posted by Behemoth media at 07:52 No comments: