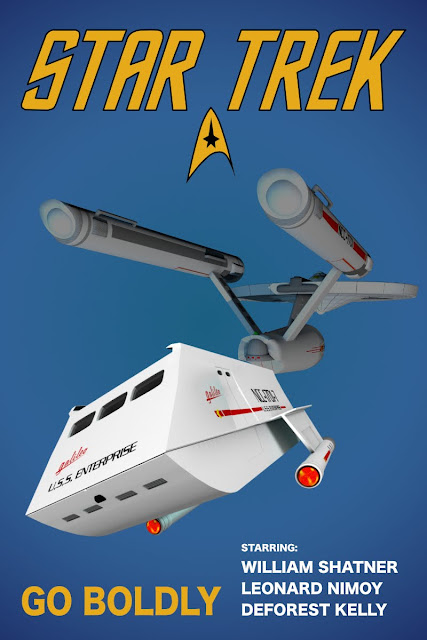 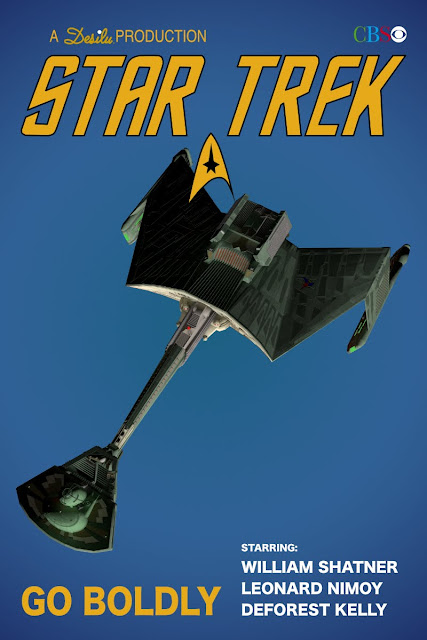 The shuttlecraft, especially from scratch is pretty cool! The text, "Go Boldly" and "Starring" is a little dull and feel more 70s than 60s. Maybe these are covers for novels that never came out? :D The Klingon ship is from the movies which is why it looks different. The original design was as smooth as the Enterprise, so if you're wanting to keep to that aesthetic, I'd try and research the original. I have a photo or two of it if you like, though not all angles. The light blue background is something I'm not sure of. On one hand, it works for that 70s feel, on the other, the show takes place in space. :D I leave that up to you. Good work!

Yeah that font doesn't seem right for the period, It doesn't have to be period but it should have some connection to that time. I think I'll make the ships myself in Blender as practice. They are simple enough to be a good practice project. I have some of the old "Blueprints" that might help me with the modelling. Right now it's all puppy pee all the time in my house! I have to make time for these projects somehow!