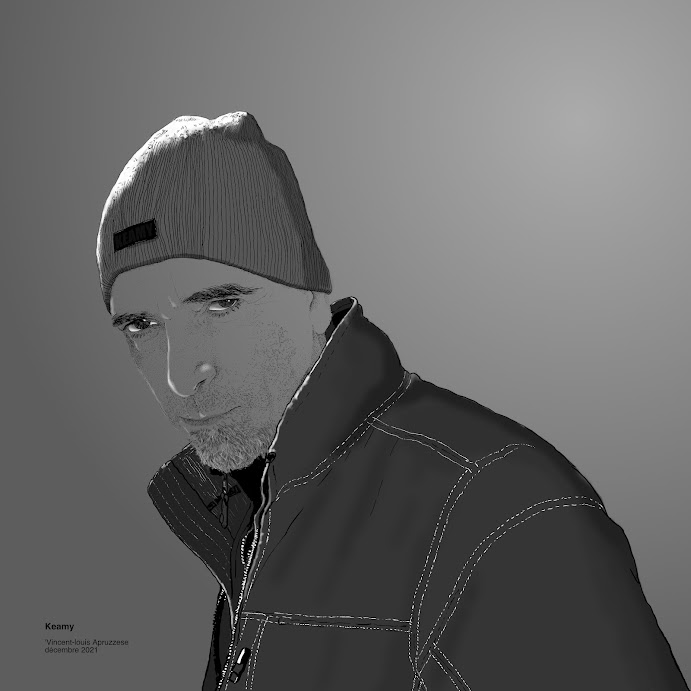 This time a used Affinity Photo to draw another portrait of another friend. I was on the beach in Newburyport with him and took some personal photos under not great lighting conditions. A couple came out nice enough and a few more made me think they might be transformed into a portrait. I have been visiting a friend in hospital and was able to do a few hours of this there on the iPad. I had to play with the lighting and decide how much detail to include on the clothing. At one point I was thinking of just the floating face on the canvas. This was sort of a sneaky portrait since he didn't know (more did I) that is was going to do one. I would like to do more but I asked a number of friends a while back and they all refused.
I did have some issues with palm rejection and the pencil switching from brush to eraser on its own. Procreate let you turn the device without it automatically changing orientation and Photo had issues with that as well.
Posted by Behemoth media at 05:13

I really like this! It's very striking. Good for you, taking photos that you know in the back of your head you might use later on. I do that all the time! Really nice balance of line and tone in this. I think it would look really good printed out large. I turned the 'tap pencil to switch tools' function off a long time ago; it never worked when I wanted it to and always switched when I didn't. Well done!

I should do the same, it’s not exactly a chore to just change tools the normal way. I sort of felt this one was very “Luce influenced “ but I don’t know why I think that!