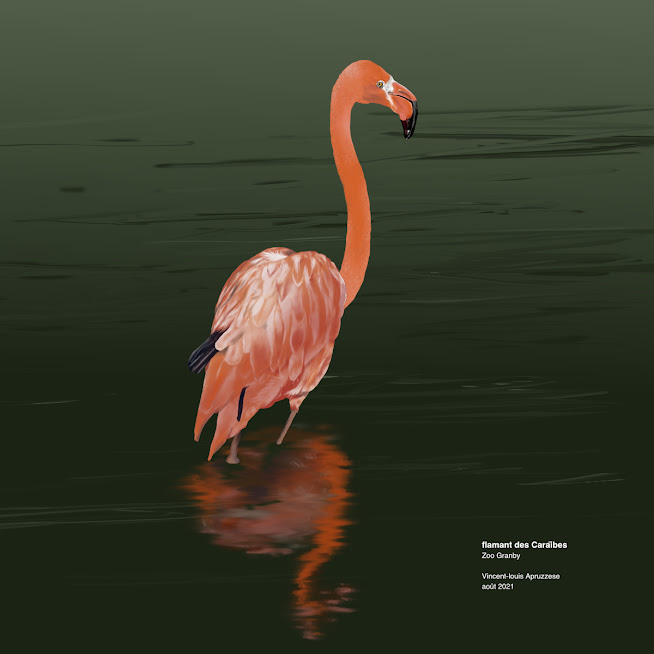 From my recent visit to Zoo Granby. I haven't really painted birds much and doing the feathers was interesting. The reflection was a challenge as it's so loose and the water as well. I am not known for my "loose style" of anything. I worked on this at 400% magnification so many details won't be visible unless it's a large file or in a good print, but that is my typical magnification when working.

I used Krtita, I wanted to wait until the new version is released but that is going to be September and I have plenty to draw before then. 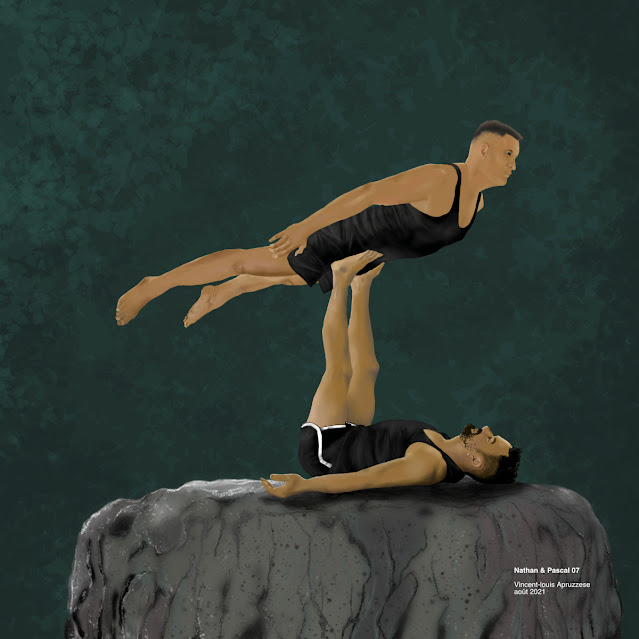 This took a while and was a good challenge. Not sure it is what I was going for but to be honest I didn't have a strong plan to start with. I am happy with the hair which I seem to be getting better at and the rock they were on top was interesting to do. This was painted in Krita and I used the recently released crayon brushes to give the rock a rougher feel. I played with a solid background but in the end decided on textures because I think they make the acrobats stand out more.

Krita is on the verge of a big update with rewritten brush engine and a ton of other things so I almost wanted to wait to do this, but I have several other projects of them in the pipeline so no real reason to wait.  I am also having a new iMac that should be substantially faster and more powerful delivered next week so I'll be wanting to see how Krita performs on that after it's update. 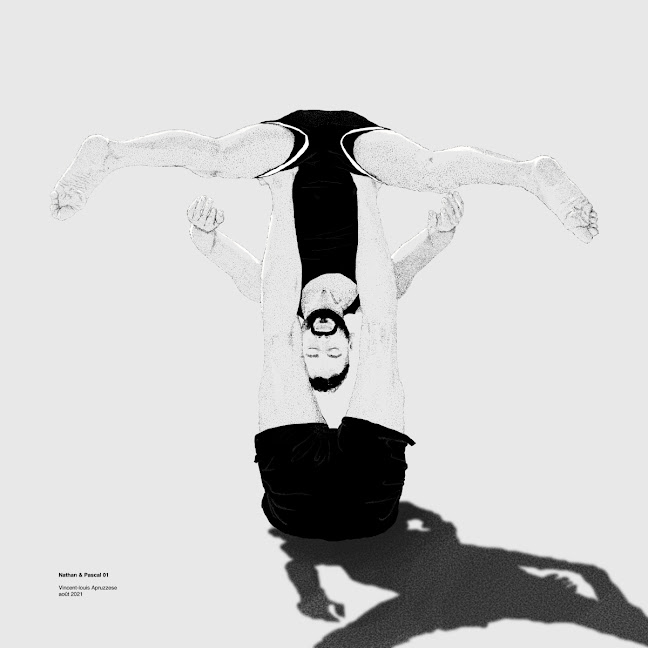 I uncharacteristically approached two guys practicing acrobatics in the park a couple weeks ago and asked if they would like to pose for reference photos for a series of drawings. I am pretty anti-social, to say the very least, but they were so nice and enthusiastic after I showed them some of previous stuff that I was glad I did it.

This is the fist in the series. Drawn in Procreate on the iPad and I liked the sort of upside-down feel it has. I went back and forth on wether to have a shadow, or to show the yoga mat they were on. the shadow was sort of wild and I thought it went well with the rest of it.

I also did a simplified sketch in Affinity Designer, something I have been experimenting with as it's a million miles away from my usual drawing style but has it's own challenges. I think I captured the weight of the pose with very few lines so I think it is a success. 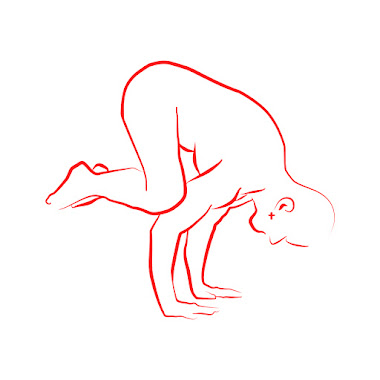 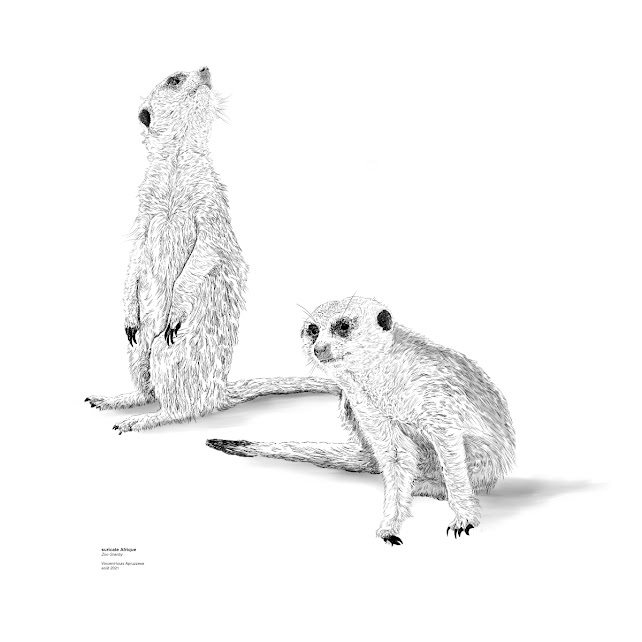 A trip to the zoo with my 2 year old nephew let me take some reference photos of animals I might not see while riding my bike around Montréal, including these guys.

I used Sketchbook Pro on the iPad pro as I was reminded about it recently by reports online that has left Autodesk and is now an independent application run by artists. It has been free, but will now be paid. It will be pretty cheap and it's great they will continue to develop and improve it.

The drawing itself is nothing to brag about. I haven't drawn in a while and I did a photoshoot with some acrobats for future art and felt I needed a "warm-up".  This came together in just a few hours.